I hope April is going well for you guys and that you are taking care of yourselves in preparation for Summer!

I’ve been super busy, but have had this blog percolating in my mind for some time – in honor of Autism month.

For those of you that don’t know, I started my career in education working at a preschool for children with autism and/or on the spectrum.

I worked as the office manager but as my interest in education grew my boss at the time started giving me the opportunity to work as an aide in the class.

It was here that I met Moishe*.  All the kids stand out, but for some reason when I think of that place it is Moishe who always stands out in my mind.

Moishe’s family was Orthodox Jewish and he was the youngest of 5.  Three of his siblings had diagnosed learning disabilities.  When Moishe came to us at about 4 (I think) he was non-verbal, made NO eye contact whatsoever, and was literally just living in his own world.  His mom was his primary caretaker.

As an Orthodox Jewish family they adhered to strict religious doctrines —-> to the max!  The biggest one impacting Moishe at school was eating routines – kosher meals, food stored separately from the other children’s food and he had a special mat on which he ate.

His mother was very adamant about arts and crafts that involved food and most of her questions to us were related to anything that might go against any of their religious doctrines. Which hey I get, but I often wondered what her role was as advocate for Moishe as a child with autism.

Anyway, I’m getting to my point.  Like I said Moishe was-non verbal and made little to no eye contact and one of the things his mom expressed when he started with us was that he had no interaction whatsoever with her.  He did with his sibling and dad – interactions to the best of his abilities.

Thankfully her reaction or non-reaction didn’t set Moishe back.  He began to flourish and as time went on, Moishe  began looking at us and the other children when greeted or spoken to, he was okay with being touched or if we sat next to him. Eventually he started smiling at me and others.  This made my heart well!

He was making so much progress under the care of the loving staff that sometimes I wondered if his diagnosis was correct or if Moishe was just somehow lost in the shuffle of so many kids at home.  Or if his mother’s attention was so directed to the religious upbringing that she just didn’t SEE Moishe.

Anyway, one day Moishe and the other kids created an arts and craft activity I believe using food, like cereal.  Apparently, when Moishe jumped of the school bus at home, he ran to his mother and said “Look” and smiled at her.  His mother’s first reaction was to call the school to ask if the necklace had been made under kosher conditions.  ?!?!?  She didn’t hug him, or say “wow” or even notice that Moishe had spoken to her for the first time EVERRRRRR!!!  I said as much to her.

I was so annoyed, dumbfounded, and sad.  I mean I get that certain people in whatever religion are very devout to their beliefs, but I am thinking if my son who hasn’t spoken to me ever in his life, jumped off a bus and spoke and smiled, I would probably wouldn’t have cared if he was showing me a necklace made out of pork!!  Seriously.

All this brings me to say that all children need their parents love, support and most importantly advocacy.

This whole experience and my time working there taught me so much about what things I should do as a parent, what things all parents should do for their children – especially when dealing with the school system and a special needs diagnosis (whatever that diagnosis is).

Parents need to be educated and parents need to constantly be researching any and every available resource to support their kids.  Children unfortunately get lost in the bureaucracy that is public education.

I don’t know what happened to Moishe, I am thinking he is about 23 now.  But Deepak

Chopra says that people do the best they can from their level of awareness.  My hope is that his mother’s level of awareness has increased since then and that perhaps her focus shifted – even if just a little – from religious doctrines to Moishe and his world. That she became his biggest advocate.

Moishe was one of the many kids who inspired me to teach.

Happy National Autism month to the amazing kids on the spectrum and kudos to those parents and friends who have advocate relentlessly for their kids!!!

Thanks for stopping by! 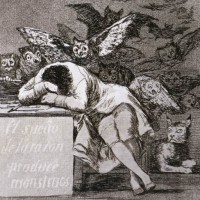 Quote of the Week

Letting you into my world one blog at a time.

Hope has a home in our hearts.

Conversations with the Heartmind

A daily selection of the best content published on WordPress, collected for you by humans who love to read.

The Art and Craft of Blogging

The latest news on WordPress.com and the WordPress community.